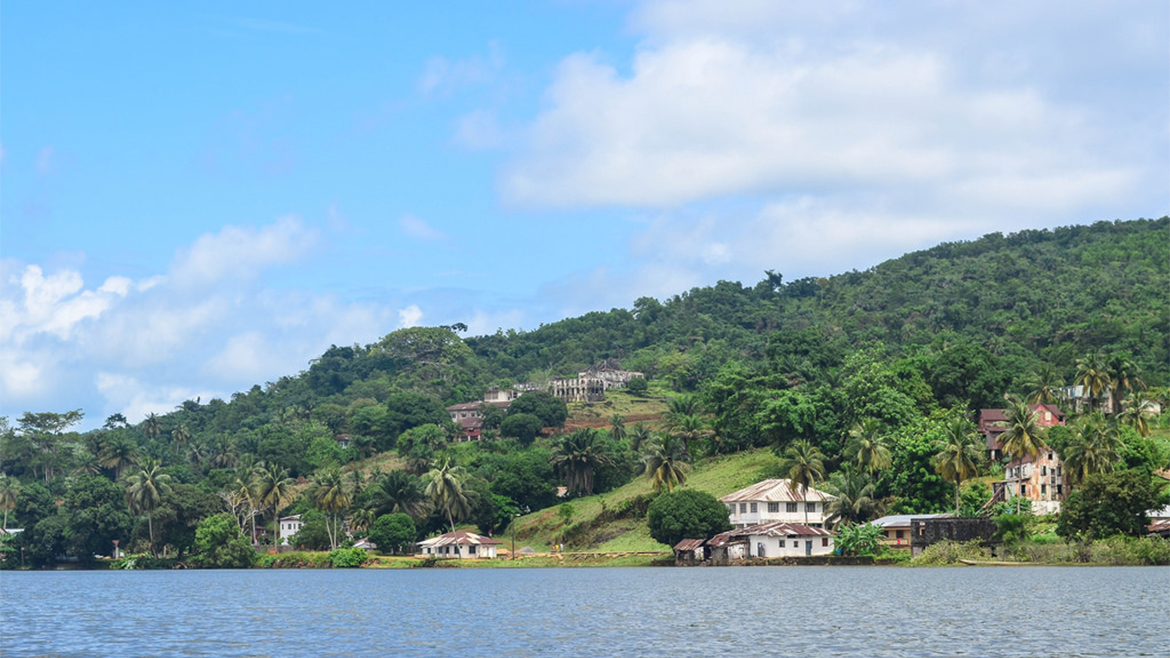 The issue of safe water, better sanitation and hygiene facilities for residents of Robertsport city in Grand Cape Mount County, Western Liberia is indeed serious and needs urgent intervention.Citizens and residents of Robertsport city lack safe drinking water, improved sanitation and better hygiene, a situation if not addressed, could degenerate into an unbearable condition. 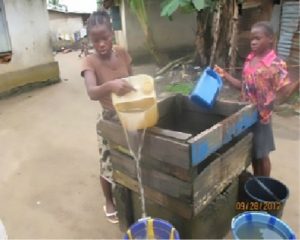 An open well: One of the only sources of fetching water for cooking, drinking, and bathing.

Rigid poverty and other life-shortening signals have already entrapped over the three thousand persons in Robertsport, the provisional capital of Grand Cape Mount County in Western Liberia.
The people are vulnerable to a spate of water borne diseases and poverty caused usually by the lack of safe drinking water, improved sanitation and better hygiene which appalling WASH conditions are alarming in the water cloak city. The people ensnared include about 1,791 males and 1,724 females. It’s not clear whether the entire 127,076 residents of Grand Cape Mount County have access to WASH facilities, deducing from the fact that the capital city of the county lacks basic WASH facilities.

The residents do not have access to safe drinking water, no hygienic and dignified public toilet while unclean water, unsafe faeces and other waste disposal and poor sanitation are found along roadsides, backyards and street corners.

The residents fetched water for drinking, cooking and washing and bathing from hand-dug-open top wells. There is no sign of even a hand pump and a treated hand dug-well to provide safe water for the people. The present and impact of government and NGOs in providing needed wash facilities in Robertsport is still a nightmare deluding the brighter future of the citizens and residents there.

The wells which produce yellowish or brownish color of water also lack water treatment and good care. Grass is growing in most of the wells while several are without cover at the disadvantage of children and the disabled.

The Streets in the once beautiful city are over taken by bushes and the entire city-limit of Robertsport is turning into a hideous town thereby denying pedestrians the right to use the sidewalk freely.

The grass has over grown in the city to the extent that it overshadowed the offices of the county branch of the National Drugs Enforcement Agency in the city center. 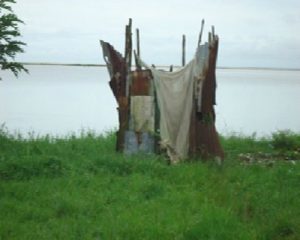 One of the outside bathrooms and latrines overtaken by grass in Robertsport.

The people lack access to a sustainable safe water supply and even the schools cannot provide safe water and hand washing platform for students too.

The water swathed city further lacks public hand pumps, latrines as well as sanitary and hygienic activities contrary to President Ellen Johnson Sirleaf and her government’s opened pledges and commitment to the international community for the provision of wash facilities to all citizens in the length and berth of Liberia.

The Robertsport residents are presently managing bitter life and taking care of themselves anyhow regarding water, latrine, sanitation and hygiene.

The citizens and residents fetched treacherous water from open-dug wells nearly all of which are owned and operated privately in the city.

Bulk of the citizens and residents who cannot afford to dig an open top well would either beg neighbors for such a perilous water or best still fetch hazardous water in a nearby running creek in that slum city.

The city lacks access to improved water supply, access to improved sanitation, as well as suffers over crowdedness with at least three or more persons to a room in most of the houses made of non-durable materials, among others.
According to the reports, the city lacks sanitation facilities and public latrines while the few private and residential toilets are non-hygienic and without hands washing facilities, among others.

Some residents in the outskirt of Robertsport engaged into open defecation which is contributing to level of diseases, especially water borne diseases including diarrhea, cholera, dysentery, itchiness, other infections as well as infant mortality in the areas.
According to WASHR&E Staffers from Robertsport, latrines at public buildings including the city hall, courtyard and administrative building, police stations as well as the immigration offices, among others, are equally not hygienic and lack hand washing facilities too.

Dirty water kills, the right to life is a fundamental human right, so the right to not any water but safe drinking water. Unfortunately the citizens and residents of Robertsport lack access to safe water contrary to the international commitments signed by the Liberian government. 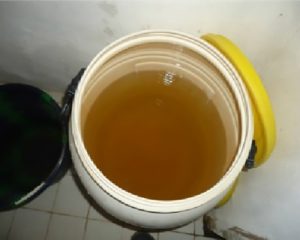 Water kept in a barrel in one of the homes in Robertsport.

The Liberian wash compact, which was developed after the Ghanaian Wash compact, is a product of the Sanitation and Water for All (SWA) partnership, an international campaign involving the government, private sector and civil society.

Accordingly, this partnership aim at ensuring that population access safe drinking water and sanitation as human right, which provision is very musing in Robertsport.

However, Grand Cape Mount County Superintendent told the press that the Robertsport City Authority is responsible and accountable for what goes right or wrong in the Robertsport city.

According to him, even though his Office must account for the entire county, the city government equally enjoys budgetary supports and must be made to answer to inquiries about developments in Robertsport city.

He said efforts are being made to develop the city and the county through the county development funds and other assistance from elsewhere for the development of the county.